So the first Lego movie wasn’t until 2014. Yes, these things are all about extending the commercial reach of the franchise, but above all else, the sheer complexity of creating and then animating each scene – whether it’s done digitally or organically – would probably have made it difficult to have come up with such an idea previously.

This has me wondering though – what if there was a much more basic Lego movie from the 1980s?

What if it was set with some element of a space theme? 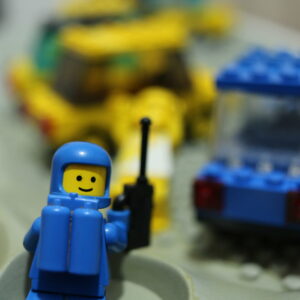 I can only imagine early space explorers making it to the Moon, only to find that Elon Musk has got there before them. Or are they alread in his pay – the Three Musk Rockeeters? 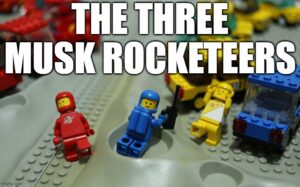