It’s absolutely outrageous, isn’t it – you’ve just seen a cyclist slicing through a queue of traffic, undercutting on one side and then filtering down the middle of the road to get past you, and to add insult to injury, he is not only recklessly speeding past you, but she’s doing so wearing headphones, and he didn’t even have the decency to acknowledge you when you beeped at him for his this behaviour.

Hold it right there! 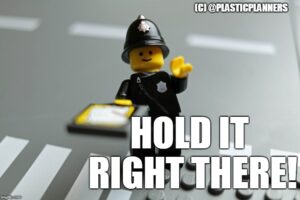 What is it about cyclists and to a lesser extent joggers and other pedestrians that really irritates motorist so much?

Is it because wearing headphones somehow makes the wearer blind to everything else around them? Frankly, we really don’t think so. There’s actually been very little validated scientific or empirical research into the impact of wearing headphones in terms of overall road awareness, yet of course there has always been plenty of victim blaming whenever a headphones wearer gets hit by a car.

I personally find that wearing headphones when I’m cycling actually makes me feel extremely uncomfortable, but that this has got little to do with whether or not I can hear my surroundings – far from it!

The few times that I have cycled with headphones on – usually because I started listening to an album on the train and there are still a couple of tracks left which I want to enjoy before I get home – I have simply felt extremely uneasy because I always worry about what might happen when a driver turns the corner or turns into the street behind me and they then start tailgating and using the headphones as an excuse to harass and bully, even if wearing headphones means that I’m actually much more conscious about checking behind to see if anybody is there.

So for peace of mind alone, I really don’t find that wearing headphones when cycling is a good idea. Does that mean that my advice to other people is that cyclists should never wear headphones?

This is my decision, and it’s my decision alone – I’m never going to lecture anyone about whether they should or shouldn’t wear headphones and I just wish I could actually go out and cycle in peace one day and not have to worry about what the driver behind me thinks! Yesterday I did just this in the park, and it was wonderful – but I only did a few laps within the park on a hire bike, and then carried on walking after that.

I’ve only ever been physically comfortable wearing over ear headphones anyway, so these are just very obvious for immature drivers to be able to see, but they are also not particularly practical to wear on a bike with a regular need to keep on not just looking behind but having a clear view when doing so.

What about when walking or jogging?

Yet by the same logic, I should also never wear headphones when walking or jogging, but as it happens, I nearly always do wear them. Why? Apart from anything else, a decent pair of noise cancelling headphones does actually drown out general traffic noise, yet far more importantly than that it means that a half-hour or even a one hour walk can pass very quickly. Because I do still prefer to listen to albums rather than playlists, I do sometimes think in terms of whether it might be 1/2 album a full album or even a double album trip!

And what about my ability to see where I’m going when I am wearing headphones? I don’t accept that I am any less aware when I’m doing so, but then I already make a point of looking multiple times before crossing the road and in particular before crossing a side road. But yet again, this is why wearing headphones can still be problematic. As an assertive pedestrian, I am fully aware of what Highway Code rule 170 actually says, and what drivers seem to think it says, namely that pedestrians who have started to cross side roads do actually have priority, even if most drivers think that they can just carry on regardless.

What if I get hit?

So what happens if in my nightmare scenario, I get knocked down by a car whilst wearing headphones, and the driver then tries to blame me for not looking where I’m going?

Of course, I hope that this will never happen, but at least if I get hit when I’m cycling I should be running video cameras which will record the incident, and which would therefore bring the driver to justice if they could be shown to have been driving dangerously or at least carelessly. It’s also possible to mount a rear facing camera on the handlebars, which would show the rider regularly checking behind, and looking around before reaching any junctions.

When crossing the road, or in these times of social distancing when sometimes having to walk along the road to give other pedestrians there 2m, I have no such protection from the video assisted referee, as the idea of having to use a walking cam is just a step too far for me (and it’s also highly impractical anyway).

So really, if I want any hope of justice if I get knocked down and I shouldn’t be wearing headphones when walking at all. Except that there’s always a big difference between walking and cycling – when cycling, you are a potential target for a bullying driver all of the time when on the road; but when walking your biggest risk is is largely going to come from crossing the road, and the rest of the time, well as we all know, you aren’t completely safe, but you can usually mind your own business. And mind their own business is exactly what I wish most drivers would do!

Whether I choose to wear headphones or not really needs to be my business and my business alone and the only risk I should really have to worry about is keeping the volume setting low enough to avoid long term hearing damage, if it isn’t already too late for that!

Diverting from the real distraction!

Yet when drivers like to lecture pedestrians and cyclists about wearing headphones – because it’s usually drivers, and sometimes it’s police forces and transport authorities on behalf of drivers, it’s often a convenient diversion away from the numerous serious distractions that drivers expose themselves to, but perhaps there’s a little bit more to it than this. 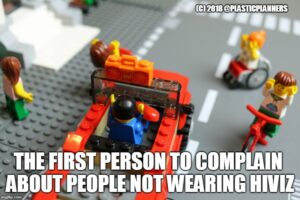 Let’s rewind back to the start of this blog. Our driver friend was getting irritated because a cyclist was filtering through a stream of traffic on both sides – something that they are perfectly entitled to do in terms of the UK highway code. The driver got so annoyed that he had to beep to express his frustration – something that he is absolutely not entitled to do. But was the driver himself listening to music, which might have calmed down a bit, or was he actually tuned into some kind of irate radio discussion, perhaps our friend Christo’s gammon infested talk-show about the very kind of cyclist he’s just beeped at? Or was the driver just too busy texting to observe the road properly? 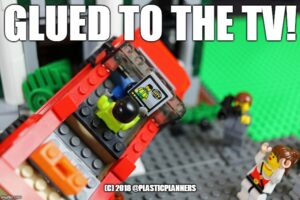 I know perfectly well that walking and cycling both give me freedom, but given just how lawless our roads are at the moment, I just find it significantly less stress to walk instead. This means that I might need to walk one hour in order to get somewhere that I could reach in 15 minutes by bike, or I might need to use a combination of walking and taking the bus to get somewhere that I would have gone to directly by bike. Either way, listening to music makes a mundane journey far more enjoyable.

It is (yes, a small minority of) motorists who have made cycling a living hell for me, and it is headphones that have given me some element of my freedom back.

Politicians always make fools out of themselves whenever they try and speak out about musical genres that don’t suit their narrative (especially certain rap artists for example), so how about we all stop lecturing people about whether or not they listen to music at all when going about their peaceful daily business?

If you want total safety and no lecturing, the best option is not to go out at all, and then you can listen to what you like at home, at whatever volume your family and/or neighbours will tolerate. But if you do actually need to leave the house, what you listen to, and how you listen to it, should be nobody else’s business.