I’ve just got back from a short local walk, but as I was trying to cross the road at one point, there was a long queue of traffic in a location where I wouldn’t usually expect it. Curious, I followed the queue to find that just one single take away outlet was generating a tail back for about half a mile. In this queue I’d say as many as one in three drivers was texting. You might say it’s harmless, but it isn’t. Firstly, this area is near a station and has a high pedestrian footfall, and this means people need to cross at any point. As I’ve already said, one of the drivers was blocking the crossing, seemingly oblivious to the danger they were causing. I might have been walking, but filming this is going to cost that driver £200 and 6 points. If I sent in every video, that would be about £2,000 worth of fines and 60 points in this very short queue.

Most of the time drivers are filmed breaking the law, it’s going to be from a passing cyclist rather than a pedestrian or another driver, but the way to avoid this is the same regardless. If only all drivers would follow this shocking but simple step, then nobody would ever fall foul of the cycling vigilantes, and everyone would get where they need to go safely and comfortably.

The most amazing thing about this tactic is that it also works with regular police patrols and it’s a 100% sure fire deterrent against pesky speed camera traps too – including those nasty average speed cameras which keep on cropping up just where you don’t expect them!

Well scroll down a bit further if you haven’t worked it out yet! 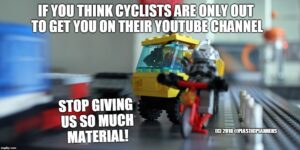 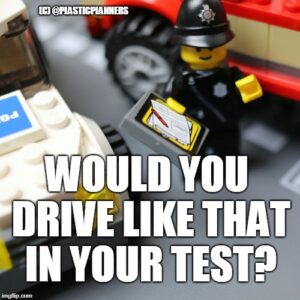 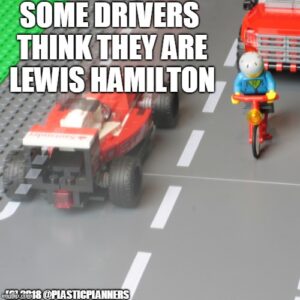 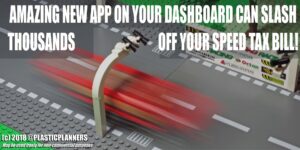 Still not worked it out?

Yes, all you have to do is obey the law, and no cycling vigilante will ever bother you again! It’s **that** simple!